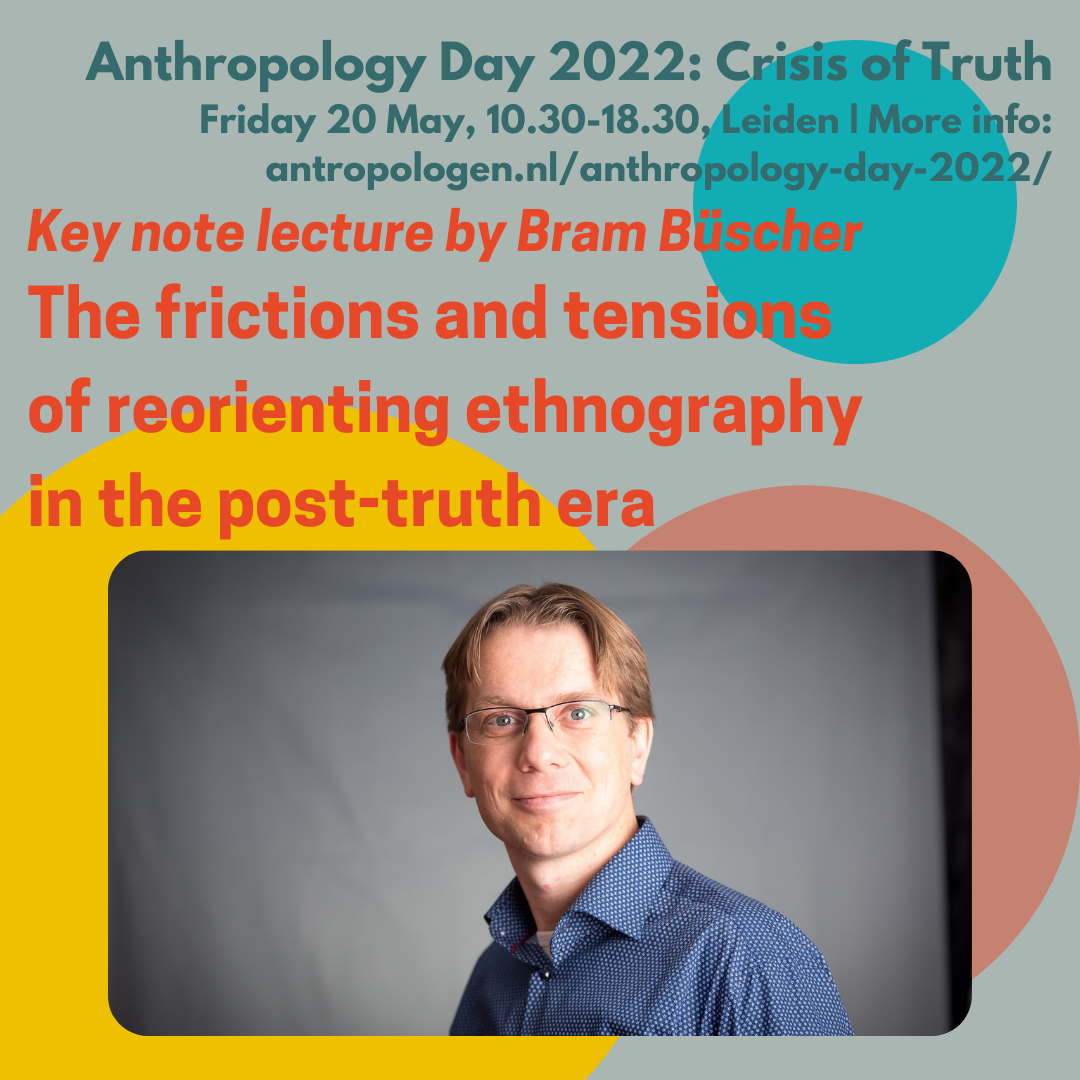 You can watch the keynote via this link.

It is time for anthropology to (re)claim truth. Or at the very least to render truth productive. The rise of post-truth and the truth of our current socio-ecological predicaments demand this. But how to do so is not straightforward. Recalibrating deconstruction and finding a new balance between epistemic solidities and shifting sands is only part of the challenge. The greater anthropological challenge, Büscher will argue, is finding a new balance between frictions (things that chafe; the ‘sticky engagements’ of externals, even ‘worlds’) and tensions (things that stretch, that comprise internal strain, even ‘infarction’). The latter, while potentially even more violent, also reorients ethnography towards the question of truth.

To further explore this reorientation, Büscher will develop a political ecology of truth based on three core statements. First: post-truth is an expression of power under platform capitalism, not some updated variant of lies or bullshit. The distinction prods a deeper understanding of changing forms of capitalist power. Second: truth is not just power, but also more-than-power. The combination makes transformation possible. Third: the relations between data, knowledge and understanding are increasingly confused and corrupted. Their reassessment is critical in relearning the art of speaking truth to power.

Bram Büscher is Chair of Development Sociology at Wageningen University and visiting professor at the University of Johannesburg. He published widely on the relations between nature, development and political-economy. His most recent book on environmentalism in the era of post-truth and platform capitalism was published by University of California Press.

Rebeca Ibanez Martin works as a supervisor at the UvA’s anthropology department and as a senior researcher at the Meertens Insitute (KNAW). Among others, Rebeca’s research topics include animal and human relations, food and nutrition, the body, the anthropocene and sustainability.