On Friday 20 May 2022 (10.30-18.30), the Dutch Anthropological Association (ABv) organizes its yearly Dag van de Antropologie (Anthropology Day). This year’s theme is Crisis of Truth. The Anthropology Day will take place face-to-face in Museum Volkenkunde, Leiden. You can buy your ticket via this link. The ABv is looking forward to welcome you all. 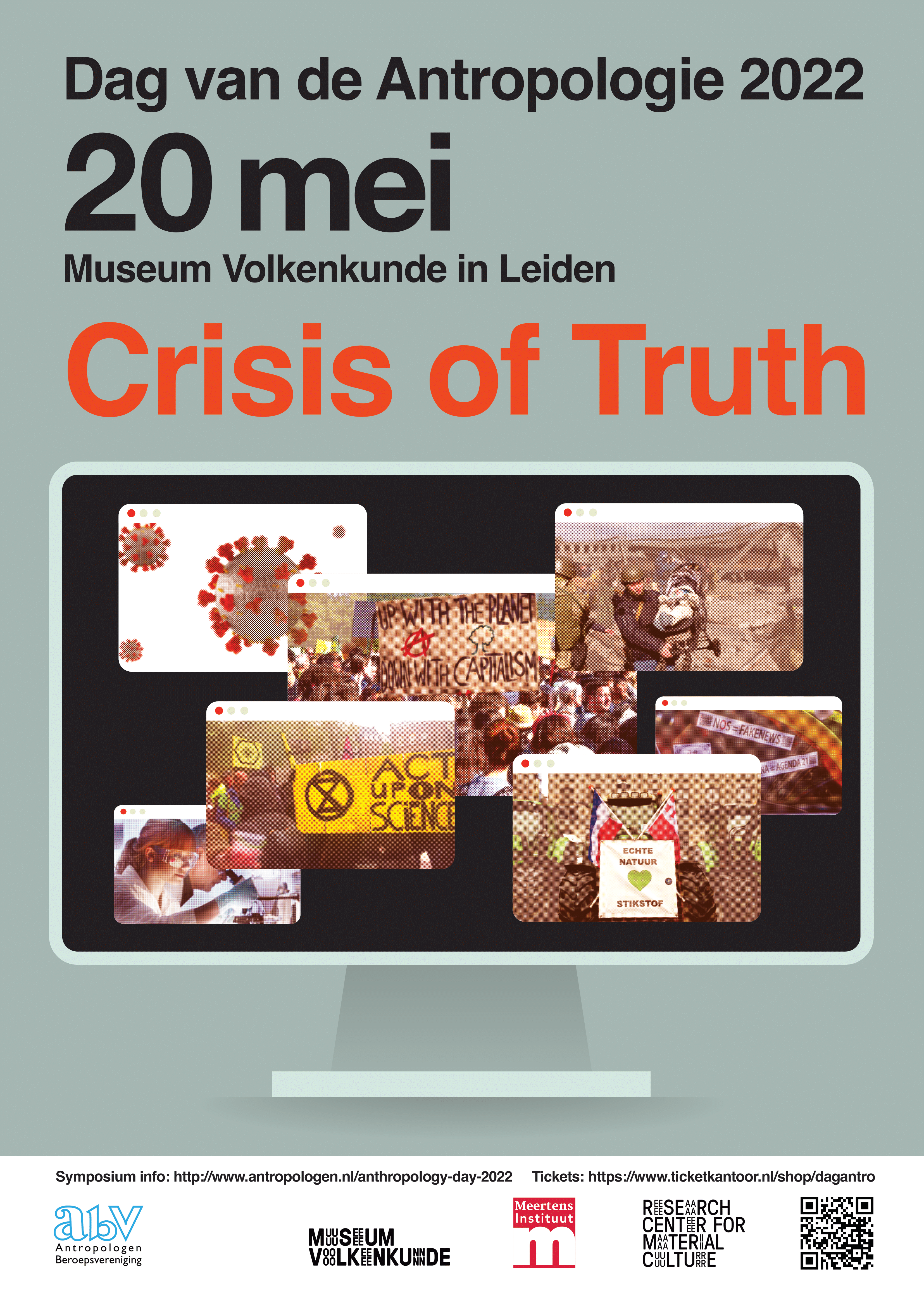 The covid-19 pandemic and climate crisis bring to light another crisis: a crisis of truth in which old certainties are questioned, in unprecedented ways. Data, scientific facts, Democracy, the Secular, nature, and the human itself are now competing with increasingly aggressive alternative realities. More than ever, scholars find themselves challenged to respond to attacks that question the very foundations of their work.

Questioning truths is not new, the rise of the constructivist paradigm has long since questioned the sciences as producers of ‘facts,’ and delivered important critiques of various essentialisms such as race, gender, and class. But in the heavily mediatized cauldron of alternative facts, scholarly critiques have become both adopted and hotly contested by pundits from across the political spectrum. Climate science, gender studies, critical race studies, postcolonial studies and – since the pandemic – virology, epidemiology and the medical sciences have become entangled in a mire of alternative facts, accusations of fakery, and outright lies. All this is amplified by the “post-truth” populist politics of the past decade, which in turn thrives on social media and information bubbles created by powerful algorithms. In this context we should place calls for open science, which promote transparency and societal relevance of doing research.

Stay tuned for more information on the program.