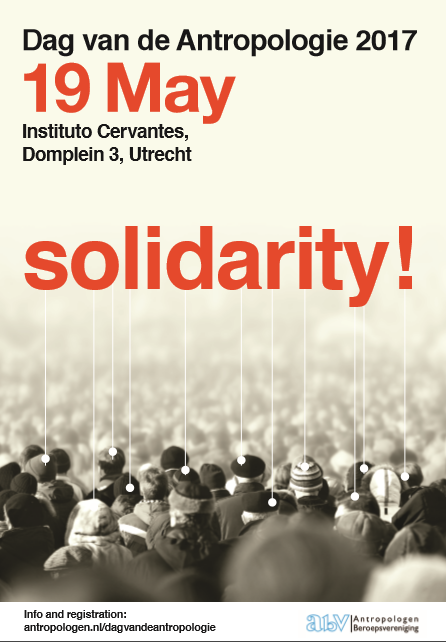 On Friday May 19, the Dutch Anthropological Association (ABv) organizes its yearly “Dag van de Antropologie/Anthropology Day”. This year’s theme is Solidarity! Solidarity is a key theme in today’s world, marked as it is by various crises induced by war, climate change and economic inequalities. In this interactive day of presentations and discussions, we explore how people find or fail to find common ground in times of crisis. We will not only explore how solidarity may be described and understood in the era of climate change and the refugee crisis, but we’ll also discuss the methodological and ethical challenges of studying and engaging in solidarity (movements).

Program
The Dag van de Antropologie starts at 9 am  and ends at 6 pm.  After the plenary opening with Keynote speech, different rooms will host panel discussions and workshops. Some will be organized in English and some in Dutch (click to enlarge image). 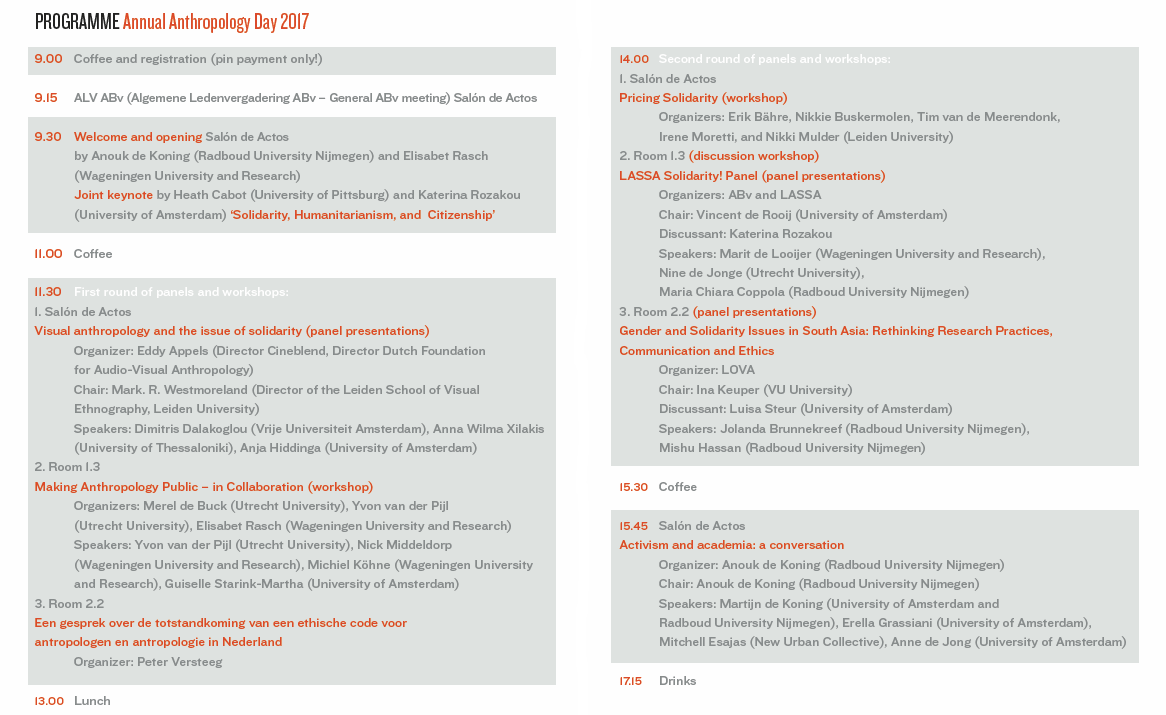 Do you have a good idea for the Dag van de Antropologie? Mail to secretaris@antropologen.nl!

Double Keynote: Solidarity!
We are happy to announce that The Anthropology Day will opened with a double keynote lecture by Heath Cabot (Univeristy of Pittsburg) and Katerina Rozakou (University of Amsterdam). 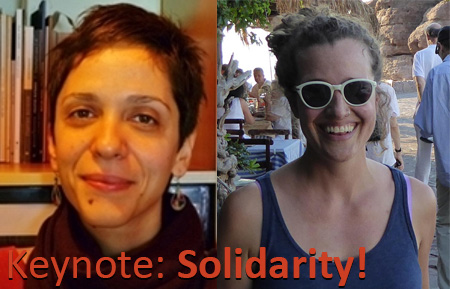 Cabot is a political and legal anthropologist. In her research she examines citizenship, ethics, and rights in Europe, with a focus on Greece. She has published several articles on the refugee crisis and solidarity in Greece and is co-editor at the Political and Legal Anthropology Review.

Katerina Rozakou an anthropologist and has done extensive fieldwork on voluntary associations assisting refugees, in Greece. She has published several articles on volunteerism and solidarity in Greece. Her current research focuses on the viewpoints of people actively involved in initatives and practices related to migrant detention and deportation. 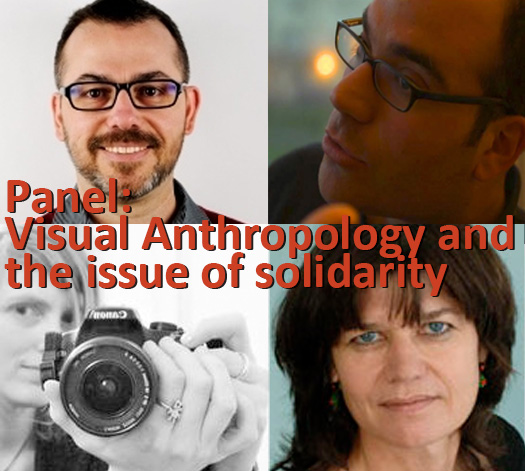 Reflecting on their experiences doing research or making films and with practical and visual examples the panel will focus on a radical rethinking of solidarity as research subject and the ethical questions and the limits of studying solidarity (Dimitris Dalakoglou), the difficulties of performing politically engaged ethnographic research in an activist environment (Anna Wilma Xilakis) and sheds a light on the deaf Dutch community and their struggle against the denial of access or equal opportunities (Anja Hiddema)

Anthropologists can shape and express solidarity with research participants through an engaged, collaborative research design, which aims to communicate findings with a broader public outside the academic field. This is, however, not a straightforward process. In this workshop we explore how to make anthropology public in collaboration with our research participants. In the first part of the workshop Michiel Köhne (anti-shale gas protests in the Noordoostpolder), Nick Middeldorp (resistance against the Nicaragua canal), Guiselle Starink-Martha (intersections between imagination, education and the construction of nation from a Dutch Caribbean perspective), and Yvon van der Pijl (diversity, or the lack thereof, in the Dutch funeral industry), among others, reflect on their collaborative work with their research participants, the ways they (try to) realize wider public dissemination, and the (unexpected) consequences of such an approach. They will do so by sharing their own research experiences with the workshop participants, focusing on one or more phases of the research process.
In the second part of the workshop we will discuss in various break-out groups the specific (methodological and ethical) dilemmas of each phase of the research process with the input of the invited speakers. During the closing, plenary part we will discuss ‘what we need’ with the aim to formulate a manifesto that helps to make anthropology more public building on stronger collaborations. 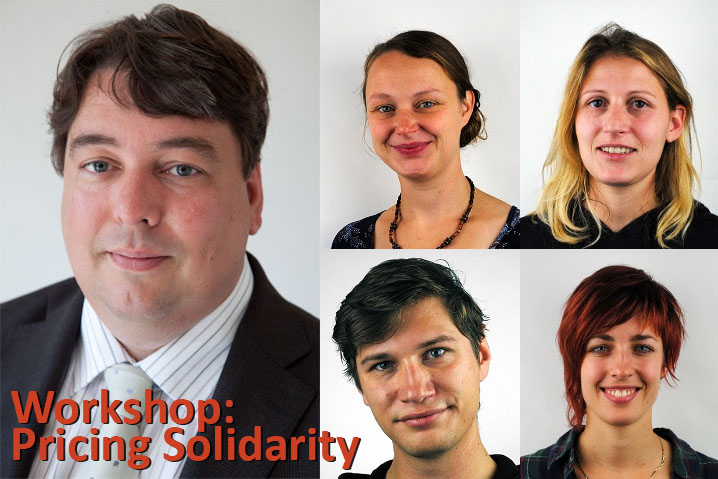 When people want to build solidarity and guard human dignity they often imagine a space outside of the money economy. A common held view is that solidarity and human dignity have to be defended against capitalism, neoliberalism, and money in general.  But one can also see that money and solidarity can go together quite well. It would be difficult to imagine the solidarity of the welfare state without money. After all, without money it would not be possible to have a tax system that finances care arrangements. One could also argue that even commercial insurance is a form of solidarity. Commercial insurance is at the heart of the global financial system and some of its financial products (derivatives) caused the global financial crisis of 2007. By taking commercial insurance as a starting point, we will examine the key dynamics of solidarity with two interactive exercises! 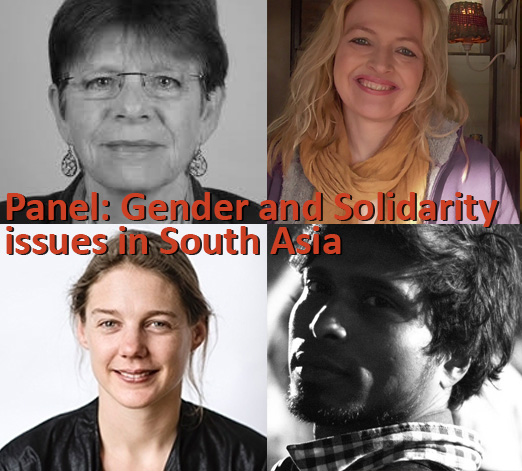 What does solidarity mean in intercultural perspectives? How do different ‘world views’, ‘ownership’ and ‘identity’ play a role in this? Jolanda Brunnekreef graduated in cultural anthropology in 1993 from Radboud University Nijmegen. After several years of working for the India Committee Netherlands on the issue of caste-discrimination and getting deeply involved with the Dalit solidarity movement, she started writing journalistic and ethnographic narratives about social inequality in South Asia, and with Dalit women in particular. In the presentation Jolanda will speak about her personal experiences concerning these issues, referring also to very recent events.

Mishu Hassan is a PhD student at Radboud University Nijmegen and is doing research with a group of homeless children, women and queers, squatting around an Islamic shrine in an urban fringe in Dhaka, Bangladesh. In his presentation he will present the ways in which new ways of communicating research results have been introduced in the study, and discuss issues around research ethics and communication. Written words have not much to offer to the interlocutors, who are mostly illiterate. Yet, songs and music play important functions in the subaltern sociability and popular Islam in Bangladesh. This fact gave birth to the Kokila Rap, a Hip Hop collective with homeless young people. Girls occupy the central stage of Kokila Rap, and much of the songs originate from feminist point of views. 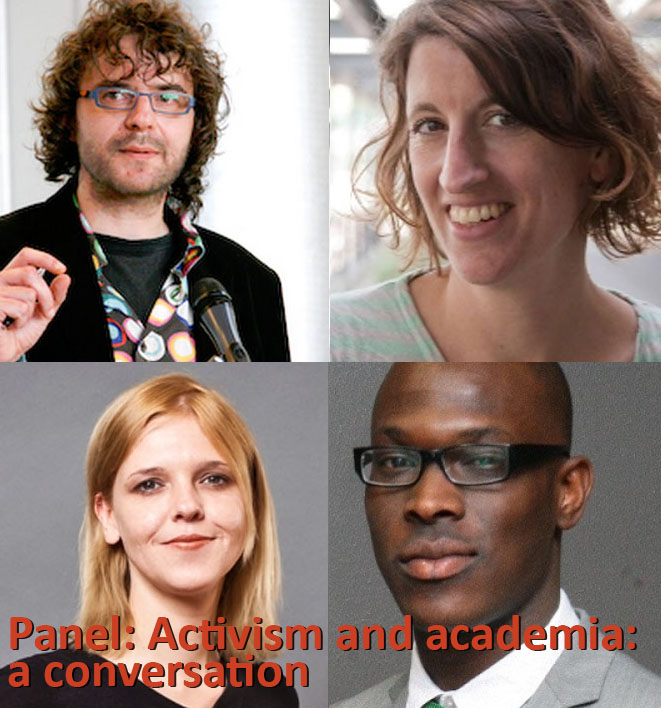 In this closing panel, four speakers will discuss the dilemmas that they encounter in their combination of anthropology and activism. Our speakers, Martijn de Koning (UvA/Radboud), Erella Grassiani (UvA), Mitchell Esajas (New Urban Collective) and Anne de Jong (UvA), combine anthropology and activism in different ways, ranging from studying activism as an anthropologist to having a prominent activist presence. Our discussion will start from the speakers’ concrete dilemmas and experiences, and will move into a plenary discussion of solidarity and neutrality, politics and science, engagement and analytical distance.